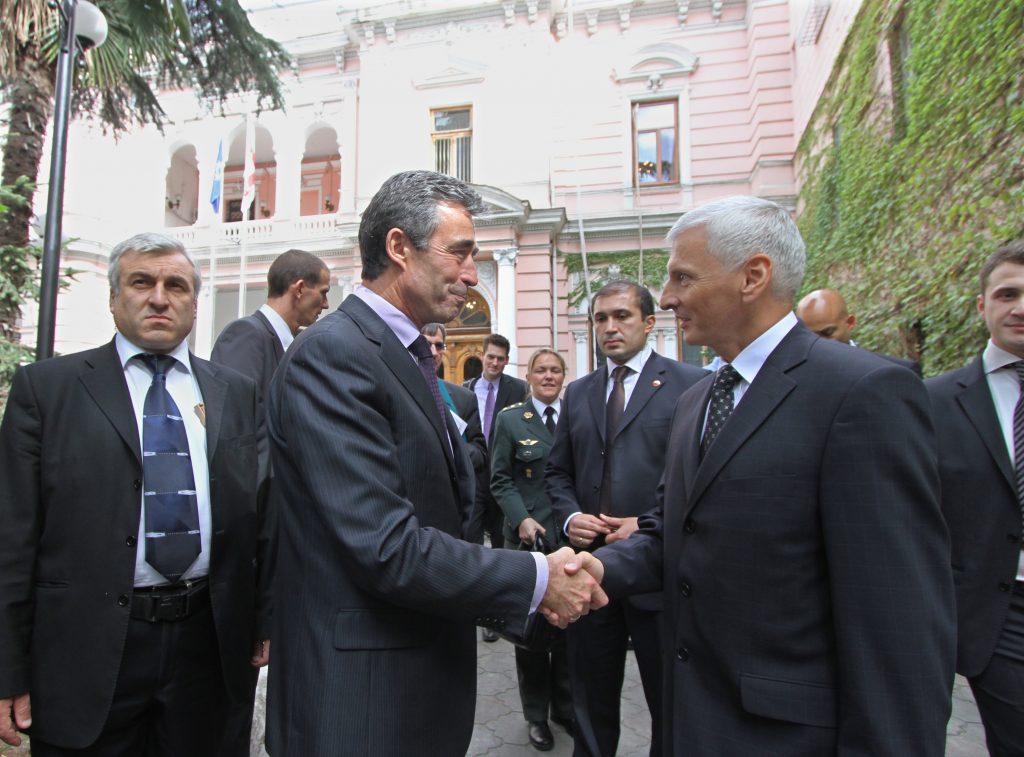 From kavkazcenter.com:  Georgia said Monday it had foiled an attempt to bomb a NATO office in the capital Tbilisi ordered by the ex-Soviet state’s foe Russia in what it said was the second thwarted attack in the past week.

Police said they had arrested a man carrying explosives who was ordered by a Russian security official and police in Georgia’s rebel region of South Ossetia to target the NATO liaison office.

"Another terrorist act has been averted," the interior ministry said in a statement.

"According to the suspect’s testimony, he was promised $ 2,000 to stage the terrorist attack," the ministry statement said.

From Statement by Georgia’s Interior Ministry:  The Ministry of Internal Affairs today detained Badri Bagiashvili for attempting to transport to Tbilisi an improvised explosive device (hexogen, with a timer and a detonator); Bagiashvili is a Georgian citizen who resides in the village Akhmaji, which is in the Russian-occupied Georgian district of Akhalgori, in about 40 kilometers from Tbilisi.

According to the Bagiashvili’s testimony, he was acting under the direction of the deputy chief of the Russian FSB border guards unit located in Akhalgori district, Aleksei Nikolaevich Sokolov. Sokolov instructed Bagiashvili to place and detonate the bomb near the NATO Liason Office Building on Atoneli Street in Tbilisi (where the US Embassy in Georgia was located until 2006).  (photo: NATO)