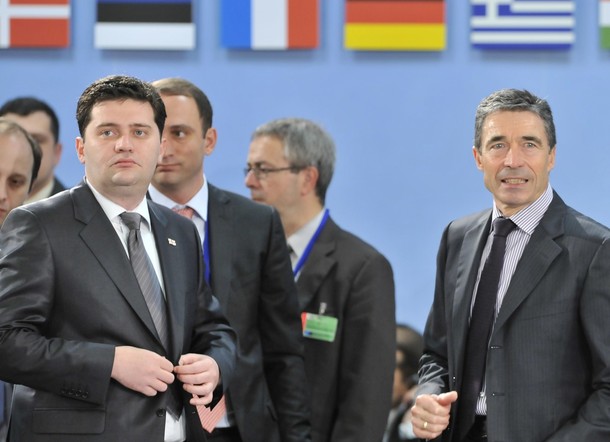 From RIA Novosti:  Talks on Georgian NATO membership are impossible as long as Georgia does not recognize the independence of South Ossetia and Abkhazia, Russia’s ambassador to NATO said on Monday.

"While the problems surrounding South Ossetia and Abkhazia remain unresolved (and they will not be resolved until Georgia recognizes the republics’ independence) Georgia’s road to NATO is closed," Dmitry Rogozin said. "NATO cannot allow itself the luxury of accepting a state with uncertain borders."

Long-standing tensions between Russia and the former Soviet republic of Georgia turned violent during a five-day war in August 2008 when Tbilisi attacked South Ossetia, where most residents are Russian passport holders, in an attempt to bring it back under central control.  (photo: Getty)