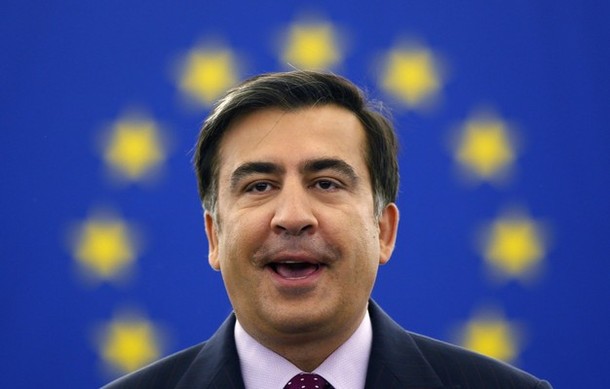 "I am, ladies and gentlemen, ready for a deep, comprehensive dialogue with my Russian counterpart," Saakashvili asserted. "We will, of course, continue to participate in the Geneva talks, hoping that our pledge today will persuade the Russian Federation to stop blocking these discussions. But we need a political dialogue to start as well."

Saakashvili said he recognized past mistakes and failures on the Georgian side, which he did not name, and gave reassurances that Georgia would not resort to force, except "in the case of new attacks and invasion of the 80 percent of Georgian territory that remains under the control of the Georgian government."

Saakashvili did call on the EU parliament to qualify the Russian military presence in the breakaway Georgian regions of South Ossetia and Abkhazia as "illegal." He underlined the fact that the two breakaway regions have received practically no international recognition, including none from any other CIS members, aside from Russia.  (photo: Reuters)