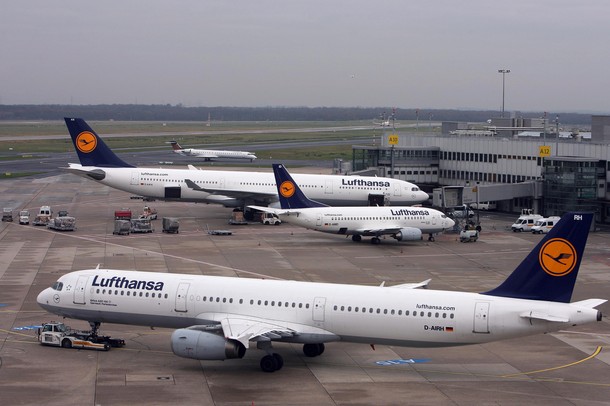 From Michael Slackman and Eric Schmitt, the New York Times:  Namibian authorities halted and searched a flight bound for Munich on Wednesday morning after luggage screeners found an untagged laptop bag containing batteries wired to a fuse and clock, a discovery made just hours before Germany issued a rare security alert.

On Thursday, Air Berlin said no explosives were found in the bag.

A statement by the Namibia Airports Company said that “a suspicious parcel” had been found in a luggage screening area in the airport at Windhoek, Namibia’s capital, at 8:50 a.m. local time Wednesday, and that as a result Air Berlin Flight 7377 was delayed and its 296 passengers and 10 crew members sent back to the terminal and asked to identify their luggage. The flight took off in mid-afternoon, but its cargo was kept for further examination, the statement said. The plane arrived in Munich early Thursday.

The German Federal Criminal Police said in a statement on Thursday that a scan of the suspicious bag had revealed “batteries that were connected by cable to a detonator and a running clock.” A Namibian official, Lt. Gen. Sebastian Ndeitunga, told the Namibian Broadcasting Company that the laptop bag had been wrapped in plastic and was uncovered in a routine check. “We are still investigating how it landed there and went through,” he said.

In a hastily called news conference in Berlin about four hours after the package was discovered, the German interior minister, Thomas de Maizière, announced that said the government had “concrete indications of a series of attacks planned for the end of November” and dispatched heavily armed police officers and bomb-sniffing dogs to train stations, airports and key landmarks.  (photo: Getty)