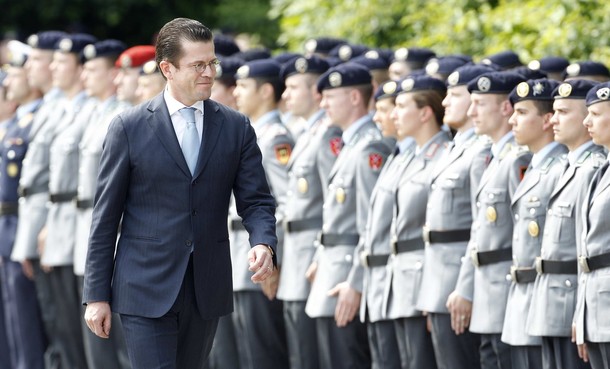 From Dave Graham, Reuters:  The biggest cuts in military spending in decades in Germany, Britain and France could encourage Europe to move closer to a joint defence policy to pool resources and eliminate costly duplication.

Germany, increasingly active in international military missions in recent years, is poised to shrink its army by up to 40 percent to help consolidate its finances at a time when the global economic downturn is encouraging restraint.

France and Britain, with the most powerful armed forces in Europe, are also contemplating cutbacks.

"Financial stability is increasingly being regarded as a key security issue in a globalised world," she told Reuters.

The two allies had decided "to look together for what resources we can pool or share … to make efficiency gains, budget savings and economies of scale," Morin said.

In a speech last month, Britain’s Defence Secretary Liam Fox called for bilateral co-operation on defence to be stepped up "particularly with nations who share our interests and are prepared to both pay and fight, such as France".

Though NATO Secretary-General Anders Fogh Rasmussen has argued member states in the military alliance must combine their resources more, it may be slow to materialise.  (photo: Reuters)