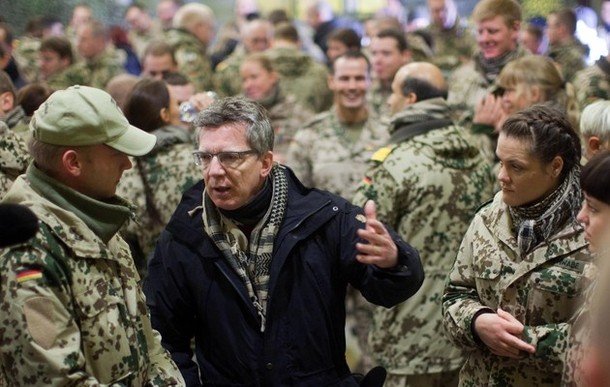 From the Local (Germany):  Germany’s military was given the right to conduct combat operations within the country in case of a terror attack of "catastrophic proportions" after the country’s top court ended a post-war taboo. . . .

The deployment of troops in Germany was only acceptable in "states of emergency of catastrophic proportions," the judges ruled, but never "in reaction to the threat posed by demonstrating crowds".

The use of combat weapons was only acceptable "as a last resort" and must be approved by the federal government, not simply delegated to the defence minister.

Shooting down a hijacked passenger plane with civilians on board remained illegal after the ruling – but fighter jets could attempt to force such an aircraft to land with warning shots.  (photo: Getty)