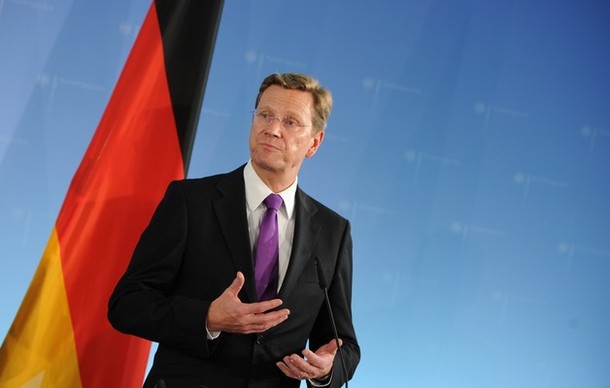 From the Financial Times:  The following excerpt is from an interview of Germany’s Foreign Minister, Guido Westerwelle, conducted by Quentin Peel, the FT’s chief correspondent in Germany, and Gerrit Wiesmann, Berlin correspondent.

FT: Do you not have a problem with France over your desire to have an arms control committee set up within Nato, while the French want to stress the importance of nuclear weapons in the new strategic doctrine?

GW: I would not describe it as a problem, but rather as a necessary discussion in preparation for convergence of different, historically based points of view.

France has been a nuclear power for decades, just like Britain, and naturally has a different attitude when it comes to the role of nuclear weapons to what we have for example in Germany. We have learned the lessons of our history.

But at the G8 summit in 2009, France also recognised the goal of a world without nuclear weapons. So the fact that we need to discuss the question is perfectly normal. We are 28 Nato member states, and naturally they need to bring their different positions closer together.

Let me tell you straight out: the Nato strategic concept will protect our common security interests, and address new challenges, stress our community of values, and – really revolutionary for a defence alliance – also emphasise the role of disarmament for global security.

Every concept sets a goal and at the same time amounts to an agreement on common action. That is why it is a strategic concept. The last Nato concept was agreed in 1999. After Lisbon you should just do one thing: look at the old concept of 1999 beside the new concept. I am sure that the role of disarmament will clearly be given more weight.  (photo: Getty)