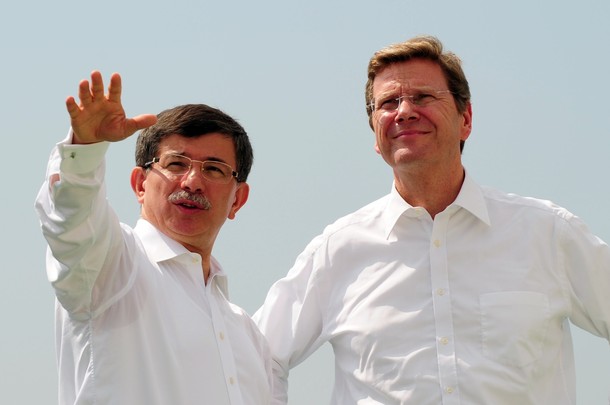 GW: We must recognize that the power balance of the world is changing. It sometimes amazes me how self-assuredly countries that are influential today assume that things will always be that way. We will have to work hard to achieve that.

Turkey is one of the world’s fastest-rising countries. Its economic success story is breathtaking. It is pushing forward on political reforms, even though it knows it still has work to do. Such fast-rising countries aren’t satisfied to watch events from afar. They want to influence events as part of the international community. It’s only a question of time before these young, dynamic societies are also among the political, cultural and intellectual centers of the world.

WSJ: How should the EU respond to Turkey now?

GW: Twice in the year since I became foreign minister I have made a personal contribution to ensure that two new chapters were opened. Now we must act wisely and early enough so that we don’t arrive at a dead end by the end of this year, but instead ensure that this process [of EU accession talks] is continued. …

GW: We have more than 7,000 soldiers currently serving abroad under mandates from the international community. We are making our contribution for peace and security in the world. At the same time, we are convinced that most conflicts, in fact nearly all conflicts, don’t have a purely military solution, but that the civilian and political work is decisive.

WSJ: Some NATO Allies complain about the restrictions Germany has imposed on its troops in northern Afghanistan.

GW: I hear only praise and recognition of the successful work of German women and men, meaning not only the soldiers, in Afghanistan.

Afghanistan won’t be won through military means alone, but only jointly with civilian reconstruction and a political solution based on reconciliation and rehabilitation.  (photo: Getty)