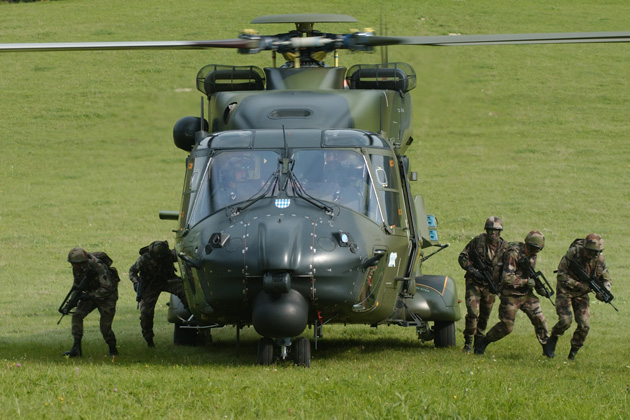 From Tony Osbourne, Rotorhub:  The German Army has begun field tests of NH90 and Tiger helicopters in New Mexico in readiness for a possible deployment to Afghanistan later this year.

As part of Exercise Falcor 2012, two Tiger UHTs and three NH90s have been deployed to Holloman AFB, New Mexico where crews can experience flying in hot and high conditions and carry out dust landings.

The Tigers will remain in the area of Holloman, while the NH90s will range north to the base at Kirtland to carry out their dust landing. . . .

Holloman was chosen because there is already a significant German presence at the New Mexico base, which is home to the German Air Force’s Tornado training unit. . . .

The German Army hopes to back up the NH90s with a deployment of four Tigers, but the deployment of the Tiger is subject to government approval.  (photo: Rotorhub)