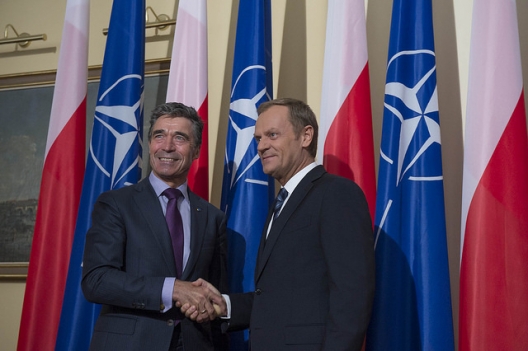 NATO defence ministers will discuss temporarily reinforcing forces in Poland when they meet in Brussels this week , a spokesman for the German defence ministry said on Sunday, a move that would be aimed at reassuring countries nervous about Russia’s intervention in Ukraine.

The spokesman said the 28-member alliance would consider reinforcing its Multinational Corps Northeast in Szczecin. . . .

In April Poland’s defence minister said Russia’s military intervention in Ukraine’s Crimea peninsula made it vital that NATO station significant numbers of troops in eastern Europe and ignore any objections Russia might have.