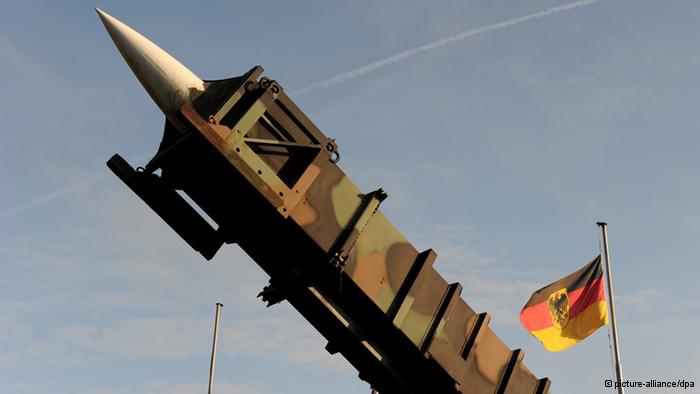 From Gareth Jones, Reuters:  Germany’s lower house of parliament, the Bundestag, on Friday approved the sending of two Patriot batteries and 400 soldiers to Turkey as part of a NATO plan to protect the country from any spread of the Syrian conflict.

Turkey, a NATO member which has taken in thousands of Syrian refugees, says it needs the surface-to-air defense batteries to shoot down any missiles that might be fired across its border.

Chancellor Angela Merkel’s centre-right coalition agreed to Turkey’s request last week but needed the approval of the Bundestag for the deployment to go ahead. Lawmakers approved the help by 461 votes for and 86 against.

Some left-leaning German lawmakers including Greens have criticized the Patriot plan, fearing it may stoke a wider regional conflict. Merkel’s government has stressed the defensive nature of the batteries.  (photo: DPA)