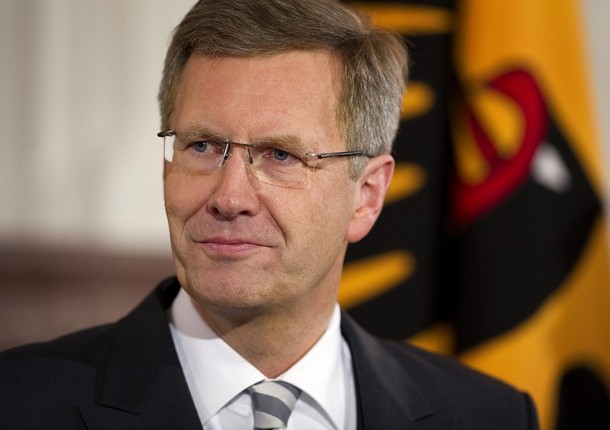 From Nicholas Kulish and Melissa Eddy, the New York Times:  Germany’s beleaguered president, Christian Wulff, announced his resignation on Friday after prosecutors asked Parliament to strip him of his immunity from prosecution over accusations of improper ties to businessmen.

Mr. Wulff told reporters at Bellevue Palace, his official residence here, that he was stepping down because Germany needed a president who enjoyed the full trust of the people.

“Events of the past days and weeks have shown that this trust, and with it my ability to work effectively, have been persistently impaired,” he said. He was therefore resigning quickly to make way for a successor, adding that he was convinced the legal inquiry into his behavior would lead “to a complete exoneration.”

The announcement brought to an end weeks of revelations over vacations with rich friends and a series of favors and freebies that may not have been illegal but were certainly unseemly.

The resulting scandal has become an ever-greater distraction for Chancellor Angela Merkel and her government in the midst of the euro crisis, and an embarrassment for her politically. She had backed Mr. Wulff for the largely ceremonial but morally important position of Germany’s head of state.

As Mr. Wulff prepared to announce his resignation, news emerged that Mrs. Merkel had postponed a trip to Rome on Friday to meet with Prime Minister Mario Monti of Italy ahead of a meeting Monday of European finance ministers in Brussels. . . .

Mrs. Merkel will also meet with coalition leaders over the weekend to try to settle on a successor, German media reported. The special assembly to elect the president could evolve into a test of her control over the coalition. (photo: Getty)