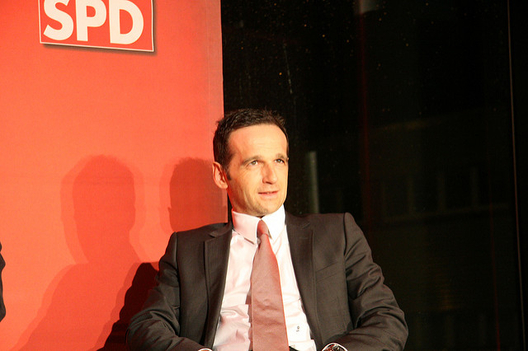 That world order that we once knew, had become accustomed to and sometimes felt comfortable in – this world order no longer exists.

Old pillars of reliability are crumbling under the weight of new crises and alliances dating back decades are being challenged in the time it takes to write a tweet. The US was long the leading power among the free nations. For 70 years, it was committed to freedom, prosperity and security here in Europe. A few days ago, I stated that we will respond to the latest decisions made by the US with appropriate countermeasures.

Believe me, the fact that a German Foreign Minister has to say this is something that, to be honest, I wouldn’t have thought possible. However, the Atlantic has become wider under President Trump and his policy of isolationism has left a giant vacuum around the world. We have felt that in particular since the G7 Summit….

The urgency with which we must pool Europe’s strength in the world is greater than ever before. Digitalisation, climate change, migration and social issues relating to globalisation are worldwide phenomena that can only be tackled when Europe acts with the combined force of its 500 million citizens. So what are we actually still waiting for? We can no longer afford to content ourselves with these insights. If Europe fails to sing from the same song sheet, then it will soon wind up only playing second fiddle….

A European Security Council was already suggested in 2016 by Frank-Walter Steinmeier, who is now Federal President, and then French Foreign Minister Jean-Marc Ayrault, his counterpart at the time. Such an institution could define the framework for a coherent strategic EU foreign and security policy. That would be a prerequisite for creating European seats on the UN Security Council. Until then, all 27 Member States could meet once a year as the European Security Council. After all, the world is not going to wait until we in Europe have finish discussing our structural issues.

I mainly see one way for us to become more capable, even this year, of taking foreign-policy action. This would entail ending the curse of unanimity, which often leads to policies based on the lowest common denominator. This system is a blatant invitation to foreign powers to divide us and to make use of individual Member States’ potential to impose a blockade. One suggestion would thus be that the European Council defines the first areas that can be decided immediately by a majority vote and that it does so as soon as possible….

Creating stability in our neighbourhood must be the priority for European foreign policy. That goes in particular for the countries of the Western Balkans. If the EU does not manage to make headway in the accession process with these countries – and we are currently discussing this issue – there will be fatal consequences. For a long time now, other powers – Russia, China, Middle Eastern countries, that is, states with a completely different idea of order and stability than those held by us in Europe – have sought to fill this gap.

Naturally, EU accession is contingent on countries meeting clearly defined criteria. That has never been called into question. The focus is on liberal democracy and a functioning state based on the rule of law. Some countries have made good progress in these areas. One example is the former Yugoslav Republic of Macedonia, which will be called the Republic of North Macedonia in the future. Albania has also made significant progress by carrying out ambitious judicial reforms. That is why I expressly support the conditional opening of accession negotiations with these two countries. If we take away their prospect of accession, all of the reforms they have launched will come to nothing….

As well as the courage to unite, the EU needs the right instruments to actually be able to put these policies into practice. Part of the new transatlantic reality is that we need to take on more responsibility for our own security because we can no longer count on the other side of the Atlantic doing so for us. We need a real European security and defence union.

We have truly made significant progress on defence structures thanks to Permanent Structured Cooperation.

But further steps are also essential here. That is why I support France’s proposal on a European Intervention Initiative – European Crisis Response Team would probably be a slightly more fitting name – which would be dovetailed with our Permanent Structured Cooperation. And we should also offer the United Kingdom a chance to join this initiative despite Brexit.

However, we must not close our eyes to a further reality – if we take this path, Germany will have to fill gaps in the Bundeswehr’s capabilities. That will cost money, but investing in equipment is certainly not the same as rearmament.

By the way, we are not doing this at President Trump’s current behest, but rather because we want to play our part in building up European security structures, which in turn are an essential component of – and by no means a substitute for – an EU foreign policy geared to peace and security.

As set out in the coalition agreement, this must go hand in hand with increased spending on all forms of diplomacy, ranging from crisis prevention to cultural understanding. Strong defence and strong diplomacy are two sides of the same coin, as we have known since Willy Brandt’s policy of détente at the latest.

It is obvious that European foreign policy can only ever be a policy of peace, as no conflict can be permanently resolved by military means.

We are supporting governance in Mali, helping to train security forces in Somalia, and fostering the establishment of law and order in Iraq.

But we first need to find, train and support the experts we need for these things. We want the EU to be able to do this on its own in the future. And we suggest that all EU Member States undertake to second such experts to a new civilian European Stabilisation Corps.