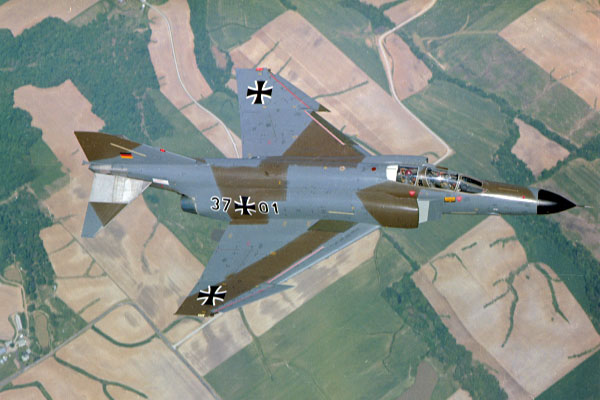 From DPA:  German interceptor aircraft assumed air policing duties Wednesday in the skies above Estonia, Latvia and Lithuania for a four-month rotation.

Six Luftwaffe F-4F Phantom aircraft are taking over from four F-15C fighters of the US Air Force as part of NATO’s defence commitment along its eastern borders. The planes will operate out of the Siauliai airfield in northern Lithuania. …

The Luftwaffe mission will continue until April 28.  (photo: Boeing)