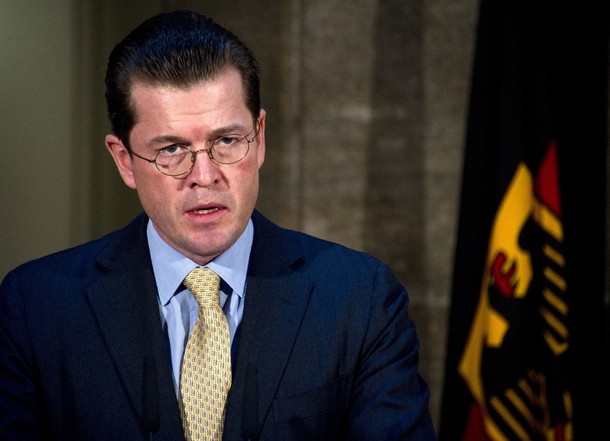 From Quentin Peel, the Financial Times:  Karl-Theodor zu Guttenberg, Germany’s popular defence minister, resigned on Tuesday in the face of overwhelming evidence of plagiarism in his doctoral thesis, in a big blow to the government of Chancellor Angela Merkel.

Mr zu Guttenberg, who had resisted repeated calls to quit from opposition politicians and leading academics, said he was leaving all his political offices to prevent further damage to the Berlin government, and to his party, the conservative Bavaria-based Christian Social Union.

His departure could upset radical military reforms for which he was responsible, including the suspension of conscription in the German Bundeswehr, and its transformation into a fully professional armed forces.

“It is the most painful decision of my life,” he said at an emergency press conference at the defence ministry headquarters in the German capital.  (photo: Getty)