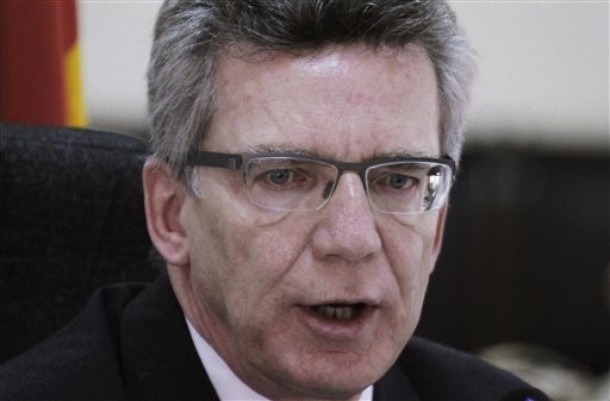 From Deutsche Welle:  Germany’s defense minister on Monday rejected the suggestion that military intervention was the way to go in efforts to bring an end to the fighting in Syria.

In an interview published in the Monday edition of the daily newspaper Tageszeitung, Thomas de Maiziere lamented that “the continued waffling by people who bear none of the responsibility creates expectations in regions like Syria, thereby causing terrible disappointment.”

De Maiziere added that he found it "hardly bearable that some coffee house intellectuals call for the deployment of soldiers in the world without being accountable for it."

The defense minister’s comments came a day after his counterpart at the foreign ministry expressed similar sentiments.

Foreign Minister Guido Westerwelle told the Sunday paper Welt am Sonntag that those who demand a military response must be fully aware of the risks. Westerwelle added that giving up on a political solution to the Syrian conflict would amount to giving up on the people of Syria.  (photo: AP)