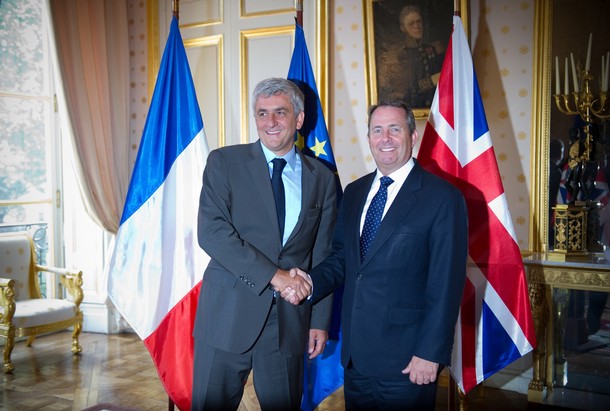 From Dave Clark, AFP:  France and Britain announced Friday they are talking about sharing the cost of military aircraft programmes, but rejected reports that they plan to merge their aircraft carrier fleets.

"In terms of actually being able to share an aircraft carrier, I would have thought that that was utterly unrealistic," Defence Minister Liam Fox told reporters after talks with his French counterpart Herve Morin.

"But when it comes to pooling assets in other areas such as strategic or tactical lift I would have thought that that was a different case altogether," he added, referring to military transport planes and helicopters. …

"The work underway is ongoing at the rhythm determined by the British, who are undergoing an in-depth strategic review, against the backdrop of a serious budget problem," Morin told the pair’s joint news conference.

"We have some tracks we’re going down: the A400M, the refuelling planes, and perhaps cooperation on naval capacity — but not on aircraft carriers, just so things are clear," he added.  (photo: Getty)