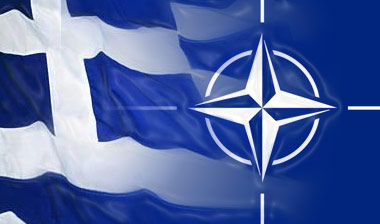 From Judy Dempsey, International Herald Tribune:  During the height of the global financial crisis of 2008, Greek defense expenditures accounted for 3.1 percent of gross domestic product. Over the past two years, Greek defense spending still amounted to 2.1 percent of G.D.P.

“In relative terms, defense expenditure has been reduced given how much gross domestic product has fallen,” said Alexander S. Kritikos, an economics professor at the German Institute for Economic Research in Berlin.

“But the defense budget is still very high. It has been largely insulated from the huge cutbacks borne by the middle classes and poorer people,” he added.

Last August, the €10 billion, or $13 billion, defense budget was trimmed by €516 million. Even at that, Greece is the second-biggest defense spender among the 27 NATO countries after the United States, according to NATO statistics.

It is particularly hard to see how the armed forces can justify the current budget, as the money is not spent on supporting NATO or E.U. missions. According to the latest figures from the NATO-led International Security Assistance Force, Greece has 10 soldiers based in Afghanistan, out of a total of 102,011 troops from 50 countries.

In its neighborhood, Greece has 118 soldiers serving in NATO’s stabilization mission in Kosovo, out of a total of 5,565 troops from 30 contributing countries.

NATO does not publicly comment about any ally. But officials, speaking on condition of anonymity, said the Greek government has not used the financial crisis to overhaul its armed forces by making the purchase of military equipment transparent, or reducing the personnel count of 136,000, of whom 90,000 are soldiers.