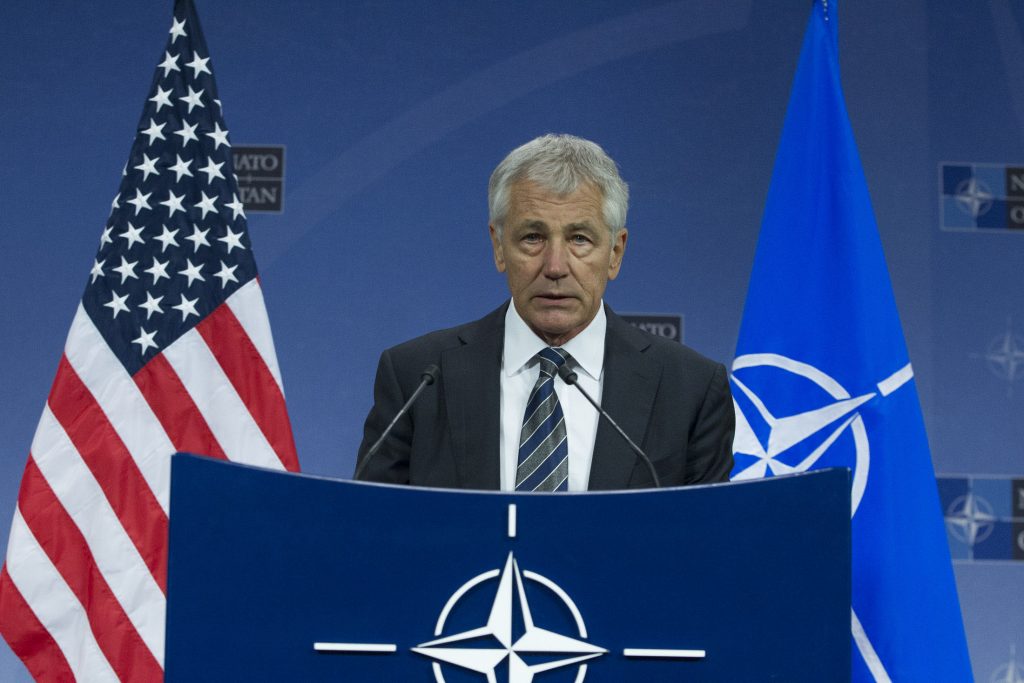 Today we held the first defense ministerial meeting in several years of the NATO-Russia Council. Russia and NATO have many areas of common interest, including the destruction of Syria’s chemical weapons stockpiles.

Following the NATO-Russia Council, I had good bilateral discussions with Russian Defense Minister Shoygu. The cooperation between the United States and Russia on Syria’s chemical weapons underscores the benefits that come when our two nations pursue practical cooperation in areas of common interests. In order to help identify other areas for practical cooperation and promote greater transparency, Minister Shoygu and I today agreed to increase consultations with each other and between our staffs. The minister and I will hold regular video teleconferences to ensure these consultations move forward. This new security cooperation channel can help lay a foundation for progress in what’s an important military-to-military relationship. . . .

I think — if we can continue to see progress made, and I believe everybody believes we can, in destroying chemical weapons in Syria, then it seems to me that this is going to open opportunities for a lot of nations to play roles in — in Syria in order to accomplish the objective.

It may well be that NATO will be asked for some assistance. Right now, as you know, the OPCW [Organization for the Prohibition of Chemical Weapons] has the lead here. The United Nations is involved. And I think it would probably be something we would assume would occur if we can stay on track and make progress, like we believe we can, that other nations would be asked for help. And maybe — it may be NATO. As to specifically your question about U.S. involvement, there are no plans to have any U.S. forces in any way in Syria.