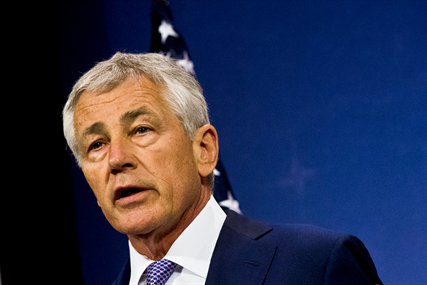 Today US Defense Secretary Hagel spoke by phone with Ukrainian Minister of Defense Pavlo Lebedyev. Secretary Hagel warned Minister Lebedyev not to use the Armed Forces of Ukraine against the civilian population in any fashion. He underlined the potential damage of any involvement by the military in breaking up the demonstrations and called for restraint. Minister Lebedyev stated that it is President Yanukovych’s position not to use the Armed Forces against the protestors and said he would pass the Secretary’s message directly to President Yanukovych.