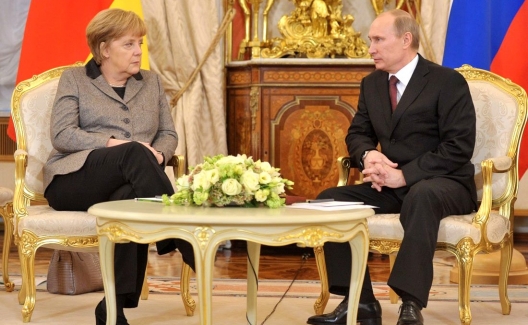 Ahead of 2017’s federal election, the head of Germany’s intelligence agency has raised concerns about Russia intervening in campaigns. Moscow has already been accused of “interfering” in the US and French elections.

German intelligence agency chief Hans-Georg Maassen said in an interview with Reuters on Wednesday that he was worried about the potential extent of Russia’s influence on German voters.

“Last year we saw that public opinion in Germany was influenced by the Russians,” Maassen said, who is the head of the Federal Office for the Protection of the Constitution [BfV], Germany’s domestic intelligence agency.

Asked if he saw this danger also for the pending federal election campaign, he replied: “This could also take place next year, and we’re alarmed….”

“We feel that this is part of a … hybrid threat, where public opinion and decision-making are being influenced,” Maassen said, adding that it was important to make the public aware….

Maassen’s interview on Wednesday echoed comments made by German Chancellor Angela Merkel last week, in which she warned of Russian cyber attacks and a disinformation campaign in the run-up to next year’s election.

“Even now, we’re already having to deal with information out of Russia or with internet attacks that are of Russian origin or with news which sows false information,” Merkel said….

Berlin also suspects Russia to be behind a number of cyber attacks on German institutions, including a massive attack last year on the Bundestag, Germany’s lower house of parliament, as well as separate attacks on the headquarters of Merkel’s conservative Christian Democratic Union (CDU).