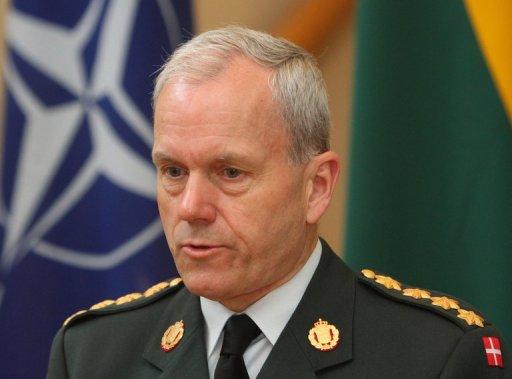 From Gabriela Baczynska, Reuters:  Syrian President Bashar al-Assad is likely to fall and NATO must plan in advance to protect against the threat of his chemical arsenal falling into the wrong hands, a senior official of the Western military alliance said on Friday. . . .

Western powers have repeatedly warned of consequences should Damascus use chemical weapons against the insurgents in an attempt to cling to power and has expressed concern that the stocks may fall into the hands of Islamic extremists.

"My concern is not that the Syrian armed forces will use them, but if we assume that the Assad regime in one way or another will disappear, who will control the chemical weapons?" said General Knud Bartels, head of NATO’s Military Committee.

"And I do not need to tell you that there is not a big amount required to spread disaster in the metro of New York, London, Paris or Moscow," he said. "And therefore we have to do some … thinking as to how we address this in due time."

The 60-year-old Danish general, speaking at a Russian military academy on his first visit to Moscow, said he did not know how long the civil war in Syria would continue, but said developments on the ground suggested Assad would fall.

"You may say I am maybe assuming that Assad will disappear. I tend to believe that this is indeed the case," he said.  (photo: blnz)