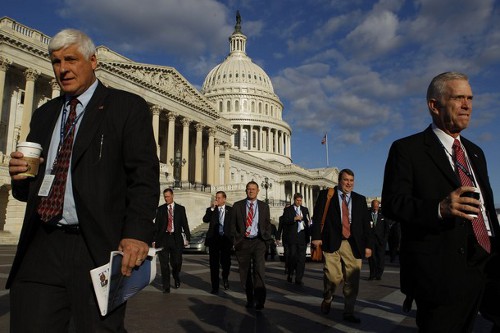 From Carlo Munoz, the Hill:  If the Obama administration wants Congress to finance a new missile shield in Eastern Europe, it will have to first get NATO to agree to foot part of the bill.

The House Armed Services Strategic Forces subcommittee capped all spending on all "missile defense equipment" required to support the missile shield, dubbed by the White House as the European Phased Adaptive Approach (EPAA).

Spending on the missile shield will be limited to "25 percent of the costs of the specified EPAA expenses" until NATO agrees to a "pre-financing request" on the effort by Defense Secretary Leon Panetta.

The NATO requirement was part of the subcommittee’s version of the fiscal 2013 defense spending bill released Wednesday. . . .

Financing for missile defense dropped $400 million in fiscal ’13 compared to funding levels set last fiscal year, according to the subcommittee.

Those accounts are expected to drop by a total of $3.6 billion over the next five years, as a result of the defense cuts introduced under the Budget Control Act.

Paying for a large-scale missile shield in Europe under those fiscal conditions will be next to impossible without buy in from NATO.

To that end, DOD has yet to provide Congress or the White House a firm cost estimate for how much the missile shield will cost. (photo: Reuters)