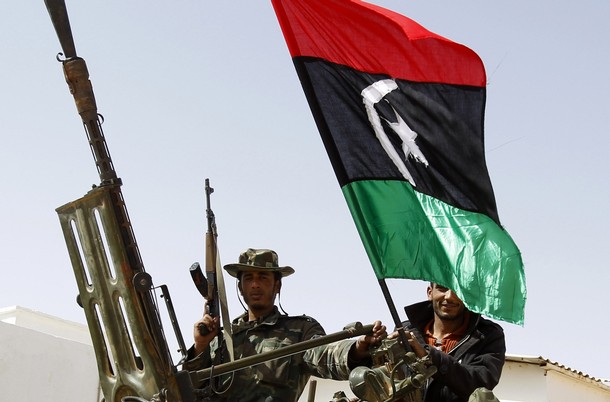 From Lawrence F. Kaplan, the New Republic:  In 1992, the foreign minister of Luxembourg, Jacques Poos, declared that “the hour of Europe” had arrived. The minister pronounced this falsehood in relation to the catastrophe in Bosnia, where, he assured, the reach of Luxembourg and that of its European neighbors would soon put an end to the slaughter. The hour of Europe stretched across three sickening years, culminating in the spectacle of Dutch troops cuffed to lampposts and ending only when an American column of 70-ton tanks from the First Armored Division crossed the Danube.

Fast forward to 2011. News of the hour of Europe has been supplied once more, this time in Libya. The Europeans haven’t declared it so; President Obama has. Going a step beyond President Clinton, who pledged to gruesome effect that it wouldn’t be our troops venturing into Kosovo, President Obama—after conducting a de facto plebiscite on the advisability of military action against Libya—vowed, “It is not going to be our planes maintaining the no-fly zone.” Instead, we would surrender command and control functions to “NATO,” an otherworldly organization that, it was soon revealed, we command and control. Thus, the administration argued itself into a “surgical” campaign of only a few days and a few hundred sorties. This effort, dubbed Operation Odyssey Dawn by the Pentagon, would, at most, “diminish” Libyan capabilities. The charge of dislodging Muammar Qaddafi, or whatever the point of the exercise was meant to be on a given day, would be left to our European allies. Or, as Antony Blinken, Vice President Biden’s national security adviser, put it in The New York Times on Sunday, “We did lead—we cleared the way for the allies.”

There’s just one thing: The allies don’t have spare parts.

Lawrence F. Kaplan is a contributing editor for The New Republic.  (photo: Reuters)  (via DoDBuzz)