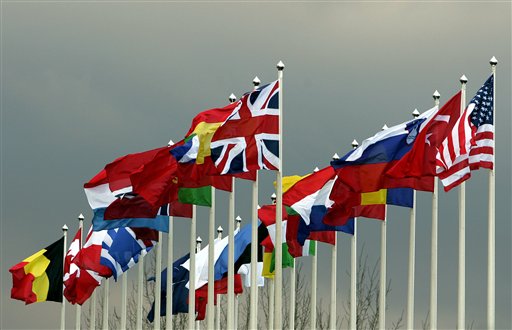 From Stephen M. Walt, Foreign Policy:  What if we were starting from scratch, and doing a "zero-based" assessment of U.S. alliance options? If historical ties weren’t an issue, what features would you look for in a strategic partner and how might America’s future alliance portfolio differ from its current set of arrangements?

So here’s my quick list of the qualities we ought to look for, notwithstanding some obvious tensions and tradeoffs between them. . . .

1. Power: Up to a point, you want allies that are strong and capable so that they don’t need a lot of protection from the United States and so they can make a real contribution to any necessary effort at collective defense. One of the reasons the US won the Cold War is that our alliance system contained a lot of wealthy and relatively powerful states, while the Soviet alliance system contained a lot of relatively weak and not-very-powerful clients. One can’t take this logic too far (i.e., "concerts of great powers" usually don’t work well because the strongest states are too worried about each other to be close allies), but on the whole, you’d prefer allies that can actually do something for you. (One might argue that this strengthens the case for NATO and the U.S.-Japan relationship, but not if these states continue to let their defense capabilities atrophy.)

2. Position: There are some allies who are valuable not because they have a lot of capabilities, but because they happen to sit in an especially valuable piece of real estate. Think Oman, or Singapore, for example, which sit right next to critical strategic waterways. If you define your interests in global terms, then you’re going to need some allies in these places.

3. Political stability: On balance, you’d like to have allies whose governments are stable and legitimate, so that they can make effective decisions and so that you don’t have to constantly worry that they might be overthrown. Unstable allies encourage adversaries to meddle in the hope of undermining them, or forcing you to spend a lot of time worrying about your allies’ nternal political health. . . .

4. Popularity: An ally that has few conflicts with other states, and that has a positive image in the world is less trouble than an ally that is unpopular or a pariah. The reason is obvious: if you join forces with a state that other countries resent or despite, you immediately pay a diplomatic price for your association and you may end up gaining more enemies than friends. Other things being equal, this is not smart. . . .

5. Pliability: The ideal ally is also easily influenced: you’d like to have partners who will do what you want at most of the time. In simple terms, you want allies whose interests are mostly compatible with your own (duh!). An ally that refuses to help when times are tough, that has to be constantly badgered into contributing its fair share, or that takes independent actions even when it knows that this will cause trouble for its partners, is more of a headache than an ally that usually does what you want. . . .

6. Potential impact: Finally, sometimes states form an alliance simply what happens to some other state could have an enormous effect on what happens to them. Neither Canada nor Mexico are major military powers, for example, and neither controls key strategic chokepoints. But their proximity to the United States also means that what happens there could have an enormous impact on U.S. security. To take this one step further: if either country were ever to align with a power that was hostile to the United States, the potential impact on American security would be enormous. So the United States has a powerful interest in keeping Canada and Mexico close, despite their relative military weakness. (photo: militaryphotos.net)