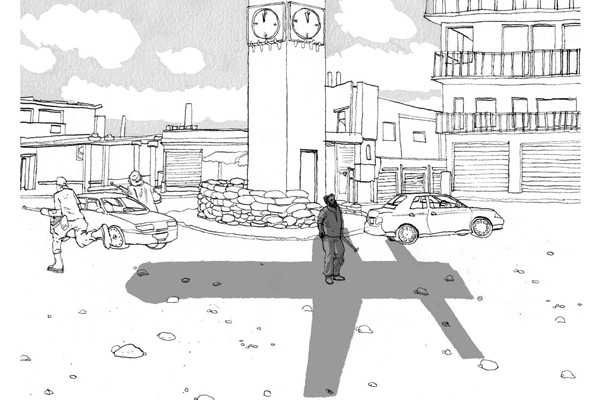 From Anne-Marie Slaughter, the New York Times:  Foreign military intervention in Syria offers the best hope for curtailing a long, bloody and destabilizing civil war. The mantra of those opposed to intervention is “Syria is not Libya.” In fact, Syria is far more strategically located than Libya, and a lengthy civil war there would be much more dangerous to our interests. America has a major stake in helping Syria’s neighbors stop the killing.

Simply arming the opposition, in many ways the easiest option, would bring about exactly the scenario the world should fear most: a proxy war that would spill into Lebanon, Turkey, Iraq and Jordan and fracture Syria along sectarian lines. It could also allow Al Qaeda and other terrorist groups to gain a foothold in Syria and perhaps gain access to chemical and biological weapons.

There is an alternative. The Friends of Syria, some 70 countries scheduled to meet in Tunis today, should establish “no-kill zones” now to protect all Syrians regardless of creed, ethnicity or political allegiance. The Free Syrian Army, a growing force of defectors from the government’s army, would set up these no-kill zones near the Turkish, Lebanese and Jordanian borders. Each zone should be established as close to the border as possible to allow the creation of short humanitarian corridors for the Red Cross and other groups to bring food, water and medicine in and take wounded patients out. The zones would be managed by already active civilian committees.

Establishing these zones would require nations like Turkey, Qatar, Saudi Arabia and Jordan to arm the opposition soldiers with anti-tank, countersniper and portable antiaircraft weapons. Special forces from countries like Qatar, Turkey and possibly Britain and France could offer tactical and strategic advice to the Free Syrian Army forces. Sending them in is logistically and politically feasible; some may be there already.

Crucially, these special forces would control the flow of intelligence regarding the government’s troop movements and lines of communication to allow opposition troops to cordon off population centers and rid them of snipers. Once Syrian government forces were killed, captured or allowed to defect without reprisal, attention would turn to defending and expanding the no-kill zones.

This next step would require intelligence focused on tank and aircraft movements, the placement of artillery batteries and communications lines among Syrian government forces. The goal would be to weaken and isolate government units charged with attacking particular towns; this would allow opposition forces to negotiate directly with army officers on truces within each zone, which could then expand into a regional, and ultimately national, truce.  (graphic: Matt Rota/New York Times)