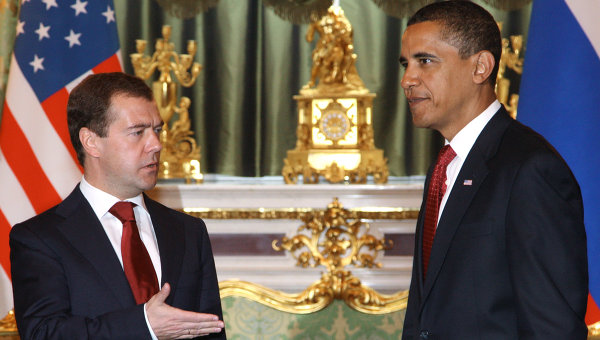 From the Editors of the Washington Post:  Last month the Obama administration disclosed it had taken a significant step toward balancing its policy toward Russia, which has focused heavily on striking deals with the authoritarian regime of Vladi­mir Putin and Dmitry Medvedev while mostly ignoring issues of corruption and human rights. In a letter to Congress, the State Department disclosed that several dozen Russian officials implicated in a notorious corruption case that led to the persecution and death of a Russian lawyer had been banned from traveling to the United States. . . .

Pressure from the United States and the European Union — which is also considering sanctions in the Magnitsky case — could help those in Russia who want to combat the culture of criminality that has spread throughout government in the Putin era. But the Obama administration’s action was reluctant; it moved under pressure from Congress, where pending legislation would require a freeze on assets as well as a ban on visas for officials involved in the Magnitsky case and other major human rights cases. The State Department’s letter disclosing the travel ban urged Congress to drop the bill, arguing it could cause Moscow to cease cooperating on sanctions against Iran or in transporting materiel to Afghanistan.

Accepting that argument would mean agreeing with the proposition that the “reset” of relations with Russia means that officials guilty of crimes such as theft, torture and murder must be allowed to travel to the United States and deposit stolen funds here. In fact, the Kremlin will act according to its perceived interests in Iran and Afghanistan, regardless of such decisions. Russia will never be a reliable U.S. partner until cases such as that of Sergei Magnitsky are subject to the rule of law.  (photo: RIA Novosti)