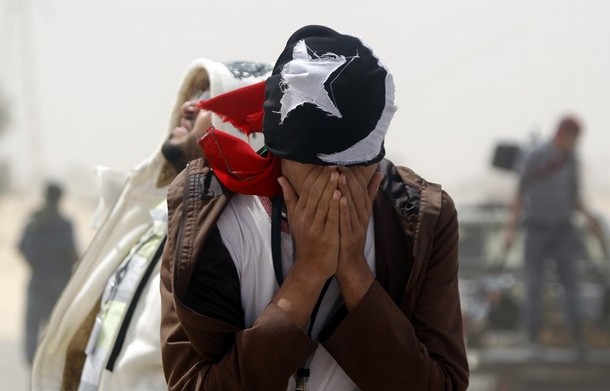 From Eugene Robinson, the Washington Post:  President Obama made the intervention possible by giving his approval and committing U.S. assets. He declared that Gaddafi was no longer Libya’s legitimate leader and that his ouster was the explicit goal of U.S. policy. It was tough talk — and it must have unnerved the other embattled autocrats of the Arab world.

But it was also, in a sense, reckless talk. It was clear that Obama had no intention of plunging headlong into another war; he specified, from the beginning, that no U.S. ground forces would be deployed and that command of the operation would quickly be handed off to our European allies. But it was also clear to military analysts that air power alone could not vanquish Gaddafi’s forces — and that NATO, without U.S. leadership, has never proved itself capable of organizing a three-car funeral. . . . .

This is “mission creep,” all right — but only in the sense that the military mission, as authorized by the United Nations, is limited to the protection of civilians. The political mission, as laid out by Obama and his European counterparts, is regime change. The effort so far won’t begin to close the wide gap between the allies’ stated goal and the resources being deployed to achieve it. . . . .

The United States and its allies are not willing to seize control of events in Libya and the region. Unless this changes, it is cruelty, not kindness, to pretend otherwise.  (photo: Reuters)