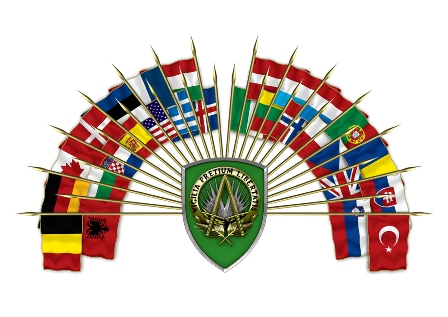 From Kate Brennan, Politico:  With Marine Gen. John Allen’s nomination to take over U.S. European Command in jeopardy because of this week’s sex scandal, defense insiders are unhappily beginning to wonder who might take his place.

“Allen is a very talented guy and we should let the process play out before we jump to any conclusions,” said Barry Pavel, director of the Brent Scowcroft Center on International Security at the Atlantic Council. . . .

So, while the dust has far from settled, the question is already being raised: Who could fill the European job if Allen can’t? . . .

Before becoming the current head of European Command, Adm. James Stavridis ran SouthCom, which is headquartered in Miami. So did his predecessor, Army Gen. Bantz Craddock. Gen. Wesley Clark was also a SouthCom commander before taking over the Europe job. . . .

If the Pentagon went back to this model, Air Force Gen. Douglas Fraser, who currently heads SouthCom, might be considered for the job. . . .

Marine Corps Gen. James Mattis, who currently leads Central Command, which has oversight of the Middle East, North Africa and Central Asia, has the diplomatic skills for the Europe job, but he is very much needed at CentCom right now, Pavel said.

Navy Adm. James “Sandy” Winnefeld, is also “extremely valuable” in his role as vice chairman of the Joint Chiefs of Staff, but he would also make an excellent commander in Europe, Pavel said.

Or Panetta could also look to the military service chiefs. . . .

Air Force Gen. Mark Welsh took over in August as chief of staff of the Air Force, but his previous job was commander of U.S. Air Forces in Europe, Pavel pointed out.