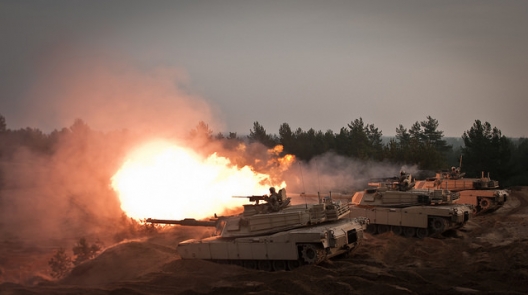 Explanation and analysis of changes in the Alliance after the NATO summit in Wales.

Click here for an enlarged version of the infographic.

Deliverables from NATO Summit in Wales

Readiness Action Plan (RAP): According to the Wales Summit Declaration, the purpose of the RAP is to provide “presence and meaningful military activity in the eastern part of the Alliance, both on a rotational basis.”

Very High Readiness Joint Task Force (VJTF): The part of the RAP that has received the most attention is the VJTF. The VJTF is a land force of about 5,000 (with appropriate air, maritime and special operations components as needed) designed to strengthen NATO’s ability to respond to emerging security challenges.

The deliverables from the NATO summit in Wales make valuable contributions to addressing the damage done to European security by Russia’s invasion of Ukraine. But there are concerns that these steps may not be sufficient in terms of speed, size, and readiness.

Speed (deployment of military units): Under current plans, in case of a crisis, NATO will be able to deploy about 1,500 troops (lead elements of the VJTF) in two days and another 3,500 troops (the remainder of the VJTF) in 7 days. The 30,000 troops of the NRF are expected to be deployed in 30 days. This time table may not be sufficient to deter or defend against hostile actions in light of Russia’s repeated demonstrations of “snap” exercises for as many as 100,000 troops in just 24 hours. According to Czech general Petr Pavel , the new chairman of NATO’s Military Committee; “if I consider how many forces Russia is able to deploy in the Baltics, the size of the Baltic countries and the density of forces on their territories, the Baltics could really be occupied in a couple of days.”

Speed (political decision making): Requiring the normal NATO political decision-making process from all 28 members for all decisions on the VJTF and the NRF will inevitably delay the ability of the Alliance to deploy these units to deter confrontation and prevent crises from escalating. As Secretary-General Jens Stoltenberg pointed out; “It doesn’t help to have a force which is ready to move within 48 hours if we need 48 days to take a decision to make it move.”

Size: The size of the forces NATO is preparing to improve deterrence and for crisis response missions are not proportional to the far greater quantity of military units Russia is regularly mobilizing to intimidate its neighbors. Polish Defense Minister Tomasz Siemoniak has recommended the strengthening of “the Alliance’s forces in their entirety, and not just units for immediate action….The profile of the NATO structure has to be changed so that it gives the Alliance the ability to respond not only at the level of brigades (3,000-6,000 soldiers), but also at the level of divisions (5000-15,000) and corps (15,000-45,000).”

Readiness: The large scale cuts in defense spending NATO members implemented since 1991 have reduced not only the quantity of their military capabilities, but also the readiness/deployability of these few remaining resources. For example, in 1991 Germany had about 630 combat aircraft. In 2014, Germany had only 237 combat aircraft, but according to a Bundeswehr report to parliament only about 80 of Germany’s Eurofighters and Tornado jets were combat ready due to maintenance problems and lack of spare parts. Rainer Arnold, defense policy spokesman for the Social Democratic Party, warned that Germany is “currently unable to meet the commitments we have made to NATO.”