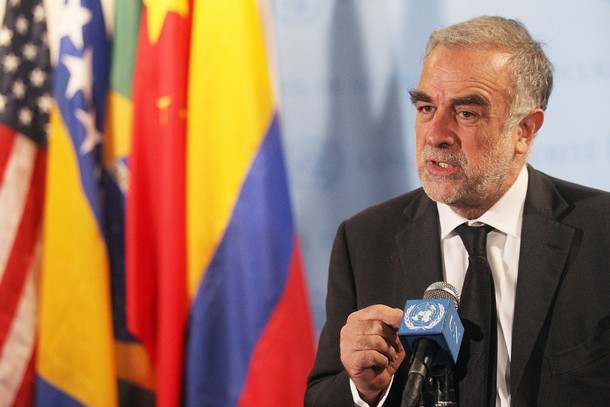 From Michael Birnbaum, the Washington Post:  Prosecutors at the International Criminal Court requested arrest warrants Monday for Moammar Gaddafi, his son Saif al-Islam Gaddafi and Libyan intelligence chief Abdullah Senussi , saying all three had committed crimes against humanity in the killings of Libyan protesters over the past three months.

The request, accompanied by a 74-page dossier detailing the alleged crimes, was bolstered by information from “high-level officials in Gaddafi’s regime” who contacted The Hague in the past week, prosecutors said.

“The evidence shows that Moammar Gaddafi personally ordered attacks on unarmed Libyan civilians,” chief prosecutor Luis Moreno Ocampo said. “We have such strong evidence, direct evidence of their involvement in the crimes,” he said of Gaddafi, his son and the intelligence chief. He called Senussi an “executioner."

The arrest warrants, which still need to be approved by the court, would mean that the three officials could be arrested in any United Nations member country. But a warrant is not a guarantee that a wanted official would be detained. . . .

The outstanding warrants could complicate a negotiated end to Gaddafi’s 41-year grip on power — both by narrowing which countries would accept him were he to go into exile and by restricting the possibility of contacts between Saif al-Islam Gaddafi, who spent many years in Britain, and the British government.  (photo: Getty)