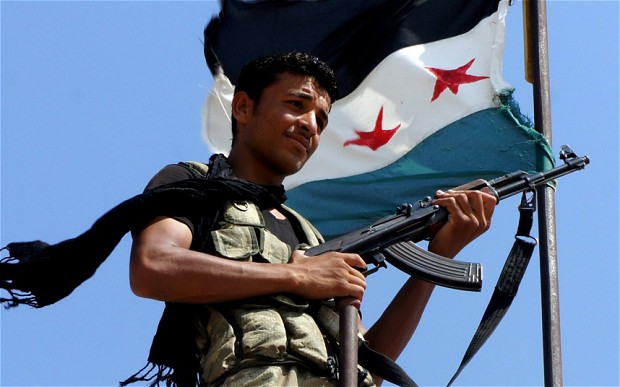 From  François Heisbourg, Washington Post:  Politically speaking, the United States is likely to recover room to maneuver after Nov. 6, whether President Obama is reelected or a president-elect Mitt Romney is working in tandem with the incumbent. Turkish Foreign Minister Ahmet Davutoglu has been clamoring for active NATO support , reminding the alliance of the high human cost of its slowness to intervene in the Balkans 20 years ago — a disturbing but compelling parallel. As with last year’s intervention in Libya, many NATO members would be neither willing nor able to support forceful action, but the ones that count the most, France and Britain, would probably join. The French president has been broadly supportive of Turkey’s approach to the Syrian crisis. Several Arab states (including Saudi Arabia and Qatar) may also participate.

From a strategic standpoint, the civil war in Syria is in a stalemate, with Assad’s forces unable to crush the rebellion and the insurgency militarily incapable of overthrowing the regime. A realistic objective of intervention would be to tilt the balance in favor of the rebel forces, to help expedite Assad’s fall. As in Libya, and unlike in Iraq, intervention would enable the rebellion, not be a substitute for it.

In military terms, this would be achieved by establishing a 50-mile no-fly zone along the Turkish-Syrian border. No allied aircraft would need to fly in Syrian airspace, as air-to-air and surface-to-air missiles fired from Turkish airspace and territory would have the necessary range to shoot down Syrian bombers or helicopters in the exclusion zone. Allied AWACS radar aircraft, operating well out of range of Syria’s extensive air defenses, would provide full real-time information on any regime aircraft approaching the no-fly zone. . . .

And with no boots on the ground, this intervention would not require an exit strategy. . . .

Of course, even an intervention of the kind suggested here won’t guarantee a positive and stable outcome in Syria, any more than the overthrow of Moammar Gaddafi meant that milk and honey were to flow in Libya.

François Heisbourg is a special adviser at the Foundation for Strategic Research, a Paris-based think tank.  (photo: EPA)