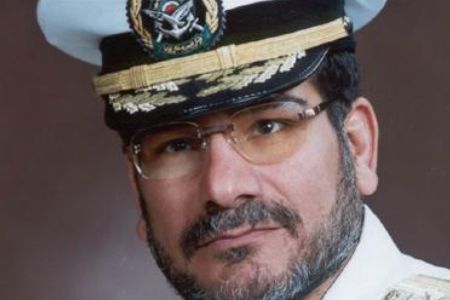 From PressTV (Iran):  A top Iranian military figure has slammed efforts by the United Arab Emirates (UAE) to get close to the North Atlantic Treaty Organization (NATO).

“This move by the UAE sets the stage to officially authorize the presence of an uninvited guest in the region,” Vice Admiral Ali Shamkhani, the director of the Iranian Armed Forces’ Center for Strategic Studies, told IRNA.

Such measures, said the admiral, run counter to the policy of maintaining cordial ties with neighboring countries.

He further touched upon the presence of alien forces in the Persian Gulf region, and said, “Foreign forces cannot guarantee the security of the countries in the region.”  (photo: PressTV)