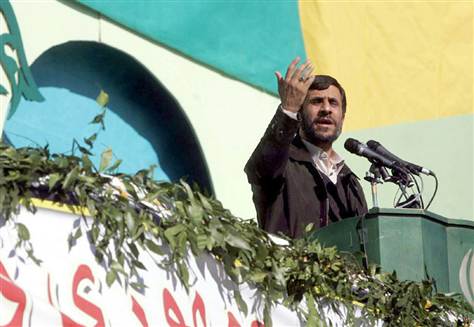 From Reuters:  The United States will face a "teeth-breaking" response if it continues to carry out cyber attacks against Iran, an Iranian official said Wednesday.

Iran has previously accused the United States and its allies of trying to sabotage its disputed nuclear program by using computer worms like Stuxnet , which caused centrifuges at the country’s main enrichment facility to fail in 2010.

"If the Americans’ futile cyber attacks do not stop, it will face a teeth-breaking response," the Iranian Students’ News agency quoted an unnamed cyber security official as saying. He gave no further details.  (photo: AP)  (via Real Clear World)