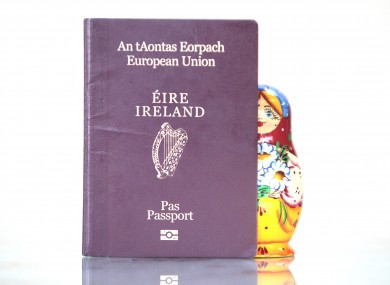 From Mary Fitzgerald, the Irish Times:  Alexander Smirnov is the diplomat identified by the Garda investigation into the production of six fake passports for use by a US-based spy ring.

Mr Smirnov’s position at the embassy is first secretary in the consular section, according to the Department of Foreign Affairs’ list of diplomatic missions in Ireland.

Mr Smirnov, who is understood to have been stationed in Dublin for many years, has been given two weeks to leave after Russian ambassador Mikhail Timoshkin was informed of the Government’s decision to expel him on Tuesday.

Mr Smirnov is still believed to be in Ireland.

The Russian embassy says it has received no information from Moscow regarding remarks made by deputy foreign minister Vladimir Titov warning the Kremlin would retaliate. (photo: Niall Carson/PA Wire) (via RIA Novosti)