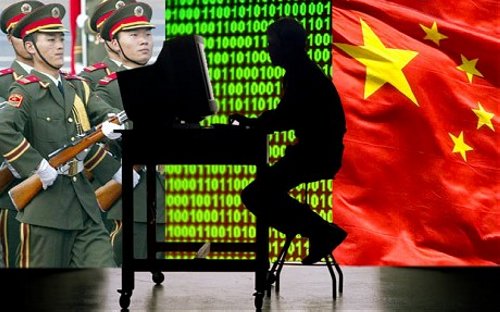 From James A. Lewis, Foreign Affairs:  China is not the only country to use economic espionage, but it is the most aggressive. In key industries — telecommunications, aerospace, energy, and defense — the strategy has worked well. Now, the new Chinese leadership risks seeing the boost from spying undercut both China’s international leadership and its quest for indigenous innovation.

China’s efforts combine official collection programs with the efforts by individuals, companies, and civil agencies. This reflects China’s broad approach to foreign intelligence gathering — instead of relying on officers under official cover, China uses businessmen, researchers, and students to assemble information. The targets include contracts, merger and acquisitions plans, and above all, technology.

There are dozens of cases. The efforts are bold and ambitious — a single program once targeted dozens of companies, foreign governments, and Tibetan activists. Google lost search technologies that helped its Chinese competitor. Chinese spies sat on Nortel’s networks for years, harvesting data until the company went out of business. Spies hacked into U.S. nuclear labs and stealth research centers. When Germany helped build China’s high-speed trains, it found its own design dumped for an indigenous product that looked remarkably similar. Coca-Cola, planning to acquire a Chinese firm, suddenly saw its networks hacked for business information — what the head of Britain’s MI5 called “normal business practice” for Beijing. China’s government, which has spent billions to control the Internet, cannot argue that it is unwitting of these acts. In fact, it supports them. . . .

China’s national strategy to acquire technology illicitly from Western companies handicaps its own development. Beijing’s economic plans have for decades emphasized the need to build indigenous high-tech industries and reduce dependence on foreign producers. Pilfering Western technology is a crutch that keeps China from moving up the “value chain” and becoming a nation of innovators. There is a puzzling lack of faith in China’s own strengths. Its companies and inventors will do better if they compete fairly, if China embraces a global approach rather than “techno-nationalism.” But without outside pressure, Beijing has concluded that now is not yet the moment to tame the decades-old effort to pilfer technology.

Obama reportedly raised espionage with Hu’s successor, Xi Jinping — a good start that needs to be followed by action, which could range from simple steps such as denying visas or ejecting attachés to threatening new restrictions on cooperation and trade. There are precedents from the Reagan, George H.W. Bush, and Clinton administrations. In the 1980s, Washington and its allies discovered a massive Soviet economic espionage program. They took a number of dramatic steps in response, tightening trade relations, expelling Soviet diplomats, and employing disruptive covert measures. In 1992, then secretary of state, suggested to a close ally that it reduce its collection activities or face reprisals; when it at first ignored his warning, he took penalizing steps. In the mid-1990s, the director of the Central Intelligence Agency went to a European ally and also suggested that it reduce collection activities or face reprisal.

In each case, the level of espionage declined after the United States intervened. These were not law enforcement actions. Arresting and trying spies is part of an effective response, but quiet diplomacy, reinforced with a little pressure, works better.

Another approach would be to treat economic espionage as a trade issue and hold China to its World Trade Organization commitments. But trade policy is timid and legalistic. Those who oppose action against economic espionage include companies with significant interests in China that, with reason, fear retaliation by Beijing. People worry that the Chinese have too much leverage and that the United States is handicapped in objecting. It is actually the other way around — they need us as much or more than we need them, and the United States will have most of the world on its side, given how many countries have suffered.

Economic espionage lies at the heart of the larger issue of China’s integration into the international system — the norms, practices, and obligations that states observe in their dealings with one another and with the citizens of other states. A failure to hold China accountable for espionage undermines efforts to bring Beijing into the fold. In the end, any peaceful rise requires that China play by the rules, even if it seeks to change them, rather than pretend they do not apply.

James A. Lewis is a Senior Fellow at the Center for Strategic and International Studies.  (graphic: micgadget)