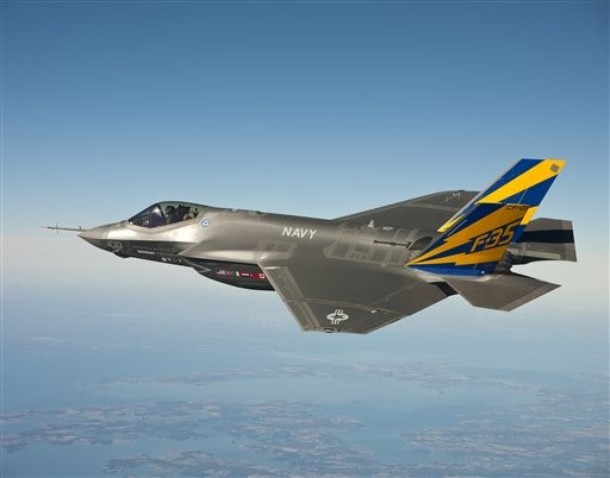 From David Fulghum, Bill Sweetman, and Amy Butler, Aviation Week:  How much of the F-35 Joint Strike Fighter’s spiraling cost in recent years can be traced to China’s cybertheft of technology and the subsequent need to reduce the fifth-generation aircraft’s vulnerability to detection and electronic attack?

That is a central question that budget planners are asking, and their queries appear to have validity. Moreover, senior Pentagon and industry officials say other classified weapon programs are suffering from the same problem. Before the intrusions were discovered nearly three years ago, Chinese hackers actually sat in on what were supposed to have been secure, online program-progress conferences, the officials say.

The full extent of the connection is still being assessed, but there is consensus that escalating costs, reduced annual purchases and production stretch-outs are a reflection to some degree of the need for redesign of critical equipment. Examples include specialized communications and antenna arrays for stealth aircraft, as well as significant rewriting of software to protect systems vulnerable to hacking.

It is only recently that U.S. officials have started talking openly about how data losses are driving up the cost of military programs and creating operational vulnerabilities, although claims of a large impact on the Lockheed Martin JSF are drawing mixed responses from senior leaders. All the same, no one is saying there has been no impact.  (photo: U.S. Navy/AP)