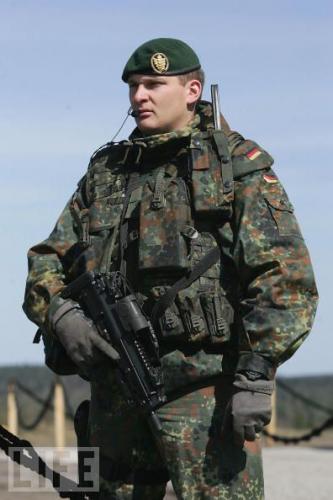 From the New York Times:  The bloc has two million soldiers. Yet according to the European Defense Agency, the bloc can sustain only 110,000 soldiers in international missions. Over 70 percent of European land forces are unusable outside national territory because they have not modernized since the end of the Cold War.

This failure to modernize stems from a lack of political will among national governments, said Marcel de Haas, a security expert at Clingendael, the Netherlands Institute of International Relations…

Closer to home is the future of Europe’s security and sovereignty. “As long as Europe does not accept hard power as a tool as well, it cannot be the guarantor of its own security,” Mr. [Zaki] Laïdi [a European expert at Sciences Po] said. In which case, Europe will want to continue relying on NATO to provide that guarantee. Judging from Mr. Gates’s speech, the United States may be running out of patience. (photo: Sean Gallup/Getty)