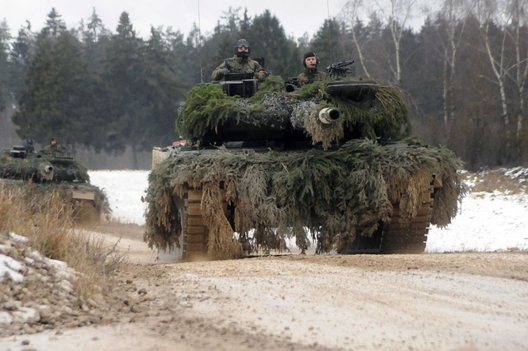 Germany’s military is virtually undeployable and security experts say it is too weak to meet its obligations to its allies, as it prepares to assume command of NATO’s crisis response force next year.

Pressure on Berlin is mounting after a series of revelations has exposed the German military as one of the least combat ready in NATO, despite its economic heft.

“The readiness of the German military is abysmal,” said Jorge Benitez, a NATO expert with the Atlantic Council in Washington. “For years, German leaders have known that major elements of their armed forces, such as tanks, submarines and fighter jets, are not fully operational and can’t be used for actual military missions….”

New German capability gaps have been brought to light in recent weeks, piling up on top of old ones that Berlin has failed to fix.

Among the failures: none of Germany’s submarines are currently operational, only four of its 128 Eurofighter jets are combat-ready and the army is short on dozens of tanks and armored vehicles needed for NATO missions….

On Monday, Merkel conceded German “credibility” was at stake and that defense expenditures must increase.

Von der Leyen is requesting a $14 billion boost over current budget plans. The request is facing resistance from Germany’s finance ministry, which has planned a roughly $6.6 billion increase over four years.

“Germany has the largest economy in Europe, but has been dragging its feet on fixing its scandalous defense problems,” Benitez said. “Part of the problem is political and reflects the willingness of German leaders to consistently inhibit defense spending for the sake of other priorities.”