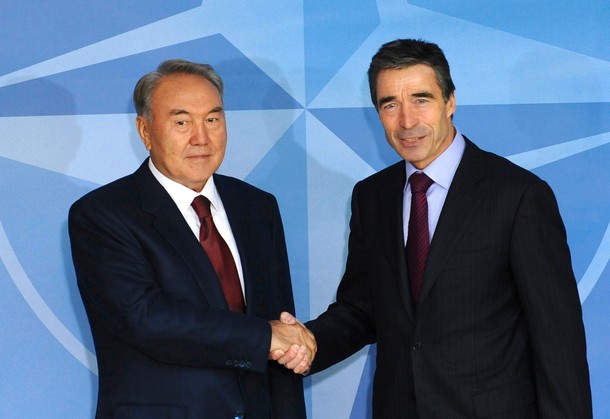 From Aigerim Shilibekova,atlantic-community.org:  This context leads to valid assumptions that Kazakhstan’s relations with NATO will be determined in the context of the NATO + Russia scheme. Moreover, it will remain as one of the major cornerstones in Russia’s relations with NATO, though Russia announced her support to the ISAF and even allowed to use her airspace for the Northern Distribution Network. Having its own experience in Afghanistan, the Russian leadership is more interested in quieting the Afghan issue and terminating the flow of Afghan drugs into the country as soon as possible. Notably, the 2008 war with Georgia revealed problems within the Russian military, which demonstrated Russia’s limited capabilities if the radical militants were to spread into Central Asia. Paradoxically, the war in Georgia had a controversial impact on Central Asian states, significantly eroding NATO’s image as a reliable partner among regional leadership. This sentiment, however, did not prevent Kazakhstan from hosting the third Euro-Atlantic Partnership Council Security Forum in 2009, when representatives of more than 50 countries, including member-states and partner-states, gathered in Astana.

Thus when the new and non-traditional threats, being the linking part of two geopolitical triangles mentioned earlier, are analyzed in the context of recent developments in the region and the world, NATO remains to be an attractive partner.

Meanwhile it must be always remembered that partnership is a two-way road that requires contributions from both sides if it is to be efficiently functioning and mutually beneficial.

Aigerim Shilibekova is the director of the Center for International and Regional Studies at The L.N. Gumilyov Eurasian National University in Kazakhstan.  (photo: Getty)