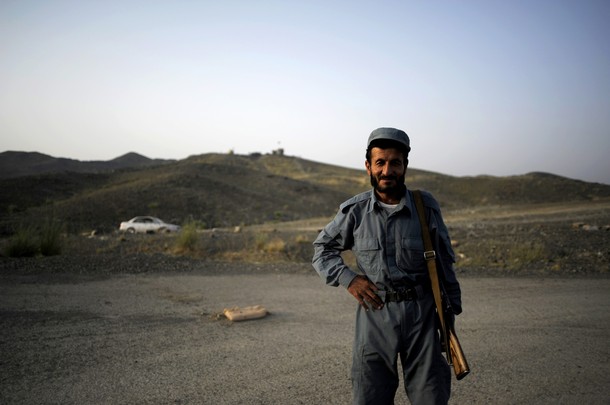 From John Allen, the Washington Post:  Most Americans do not get to see Afghans’ commitment to their country or the improving security that has emerged from our fight together. But I do. And I am confident that, with the international community’s commitment, we can consolidate our gains and build a durable peace in a part of the world vital to U.S. national security.

This moment in Afghan history has arrived not by accident or luck but in the wake of powerful events: the growing strength and capability of Afghan security forces; the signing of bilateral and multilateral strategic partnerships; and the international community’s pledge of substantial support for the next decade. . . .

We will not allow our efforts to be derailed by the so-called “green-on-blue” attacks — Afghans shooting coalition troops — that have received so much attention recently. Each instance is a tragedy, and we mourn every loss. I have stood on the ramps of airfields here as we’ve sent home our fallen heroes. I take personally the loss of every member of the International Security Assistance Force. Afghan and international leaders at all levels are devoting unprecedented time and effort to reduce this threat. We have implemented measures to better protect our troops; we have helped build an Afghan force of close to 350,000; and Afghans are leading security operations in three-quarters of the country. This momentum is irreversible.

But the real story here is green andblue. Every day, hundreds of thousands of Afghan soldiers and police across this nation work and fight side by side with coalition troops to defeat our common enemies and protect the civilian population. We interact closely on numerous operations, extending security for the Afghan people. . . .“

Green” and “blue” have been taking the fight to the red enemy, the Taliban, and the enemy is fighting back from a position of weakness. His forces have largely been ejected from most of the relevant population areas, and from among the most relevant terrain in Afghanistan, the Afghan people. Omar is losing financial support from donors, who are sending their money elsewhere, and from reduced drug profits, thanks to Afghan and coalition efforts to stamp out the poppy harvest. Finally, Afghan security forces are increasing in number and quality every day. The area controlled by allied and Afghan forces reaches into Taliban support zones that had long been inaccessible. With each atrocity, assassination and depredation inflicted on innocent Afghans, the insurgents further distance themselves from the Afghan people and their faith, for there is a distinctive Islamic prohibition against murdering innocent civilians or benefiting from the scourge of drugs and abject criminality. . . .

These trends speak well for the future of Afghanistan, but the international community should know these gains are fragile, and reversible, if we lose our will to succeed.