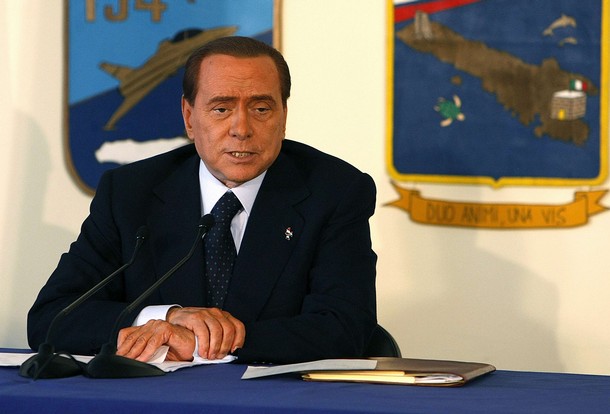 From the BBC:  Italian PM Silvio Berlusconi has approved the use of his country’s air force in Nato’s Libya mission.

Italy was ready to allow its jets to take "targeted military action", he said in a statement.

Nato is enforcing a UN resolution to protect civilians in Libya amid a revolt that began in February, inspired by other uprisings in the Arab world.

Mr Berlusconi had telephoned Barack Obama to inform the US president of his government’s decision and would also call other European leaders to brief them personally, said his statement.  (photo: Reuters)