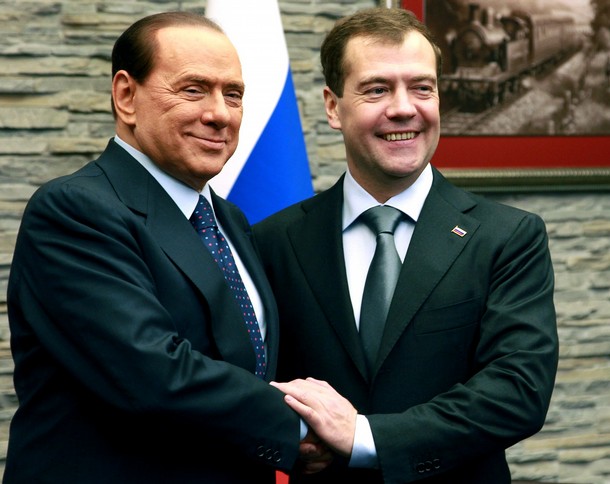 From RIA Novsoti:  Russian President Dmitry Medvedev and Italian Prime Minister Silvio Berlusconi are holding a meeting on the outskirts of the Russian southern city of Sochi as a part of the seventh round of Russian-Italian extended intergovernmental talks.

The presidents are meeting in the Russian ski resort of Krasnaya Polyana and are expected to give a joint press-conference later in the day.

He said Russia would like to set up a joint venture to assemble LMVs in Russia after the purchase.

The venues and timeframes for the drills will be announced later.  (photo: Getty)