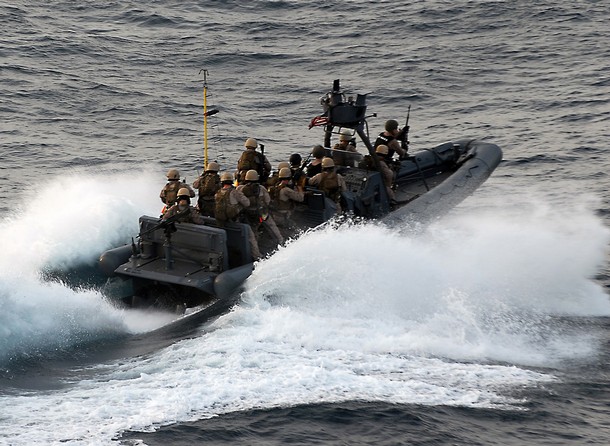 From Alessandra Rizzo, the AP:  U.S. and British forces freed an Italian cargo ship on Tuesday that was attacked by pirates off Somalia and arrested the assailants, officials said.

After the pirates attacked the ship on Monday, the crew took refuge in a secure and armored area where they issued a call for help and continued to navigate the vessel, said the Italian Defense Ministry.

The British and U.S. navies each sent a ship to the area, and the "11 suspected pirates on board the pirated vessel surrendered without force" and were taken into custody, Britain’s Ministry of Defense said.
All 23 crew members of the Montecristo cargo ship are now safe and free – seven Italians, six Ukrainians and 10 Indians – the Italian Foreign Ministry said.
The rescue operation was coordinated by Italian Adm. Gualtiero Mattesi as part of NATO’s Ocean Shield anti-piracy force, according to the Italian Foreign Ministry. "The danger of piracy has increased" in that region, said Italian Defense Minister Ignazio La Russa. . . .
Pirate currently hold at least 10 ships and 251 hostages, according to Cmdr. Harrie Harrison of the anti-piracy military coalition European Union Naval Force.   (photo: Getty)
European Union International Organizations Politics & Diplomacy United Kingdom United States and Canada