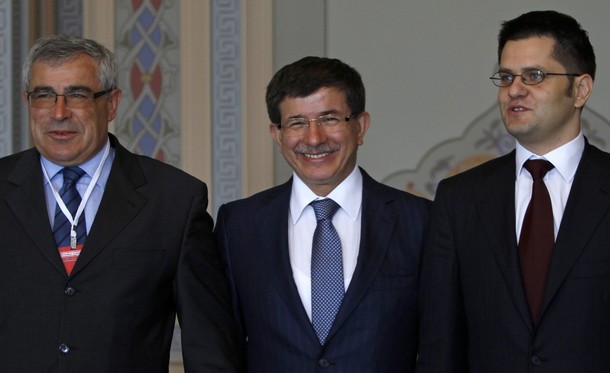 From Zaman: Calling Turkey a “powerful and wise big brother” of his nation, Bakir Izetbegovic, the son of Bosnia’s wartime president, applauded Turkey’s constructive policy in the Balkans.

According to the election results, the late wartime President Alija Izetbegovic’s son, Bakir, is set to become one of three presidents of Bosnia and Herzegovina. Bakir Izetbegovic led the race for the presidency’s Muslim seat with more than 80 percent of Sunday’s votes counted.

Turkey’s role in the Balkans is growing each day, Izetbegovic told the Anatolia news agency on Tuesday, describing Turkey’s policy in the region as “very powerful and persuasive.” He said: “Turkey has a positive role in the region. It is soothing and introducing appropriate solutions. Turkey is not someone who came to the region by force or without being invited. It [Turkey] is displaying a significant policy both for us and for all countries in the Balkans. I hope that this policy will continue in a more expanded way.”

The president-elect indicated trilateral meetings held among foreign ministers of Turkey, Serbia and Bosnia had yielded significant fruits and that his country would continue to engage in this trilateral process. The meetings were initiated by Turkish Foreign Minister Ahmet Davutoğlu in October 2009.  (photo: Reuters)  (via EUCOM)