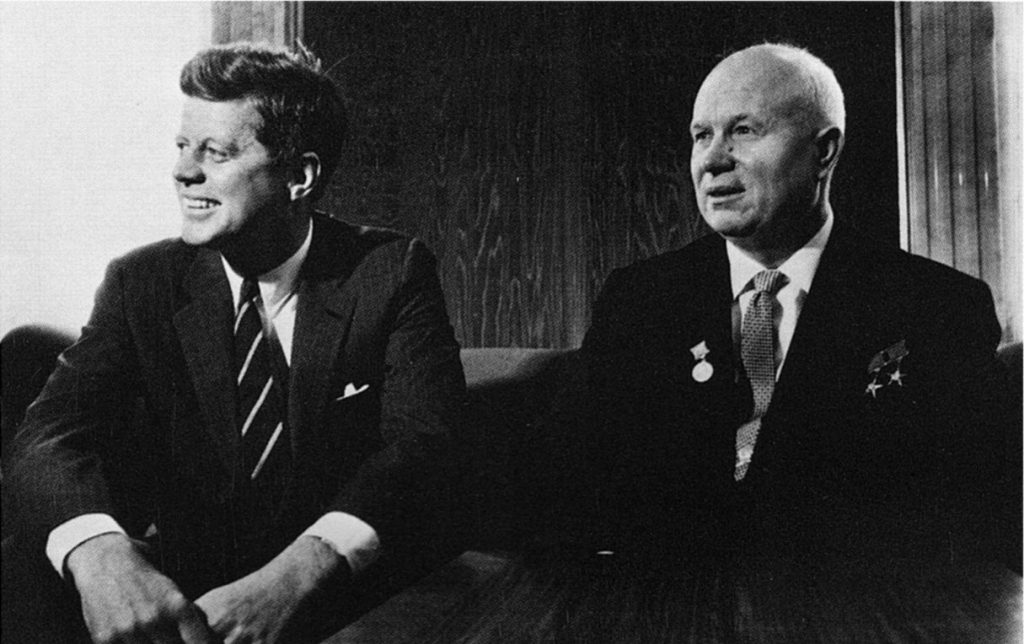 From George Will, the Washington Post:  Fifty years ago, a metaphor became concrete. Beginning on Aug. 13, 1961, along West Berlin’s 27-mile border, the Iron Curtain became tangible in a wall of precast slabs of concrete. It came down 22 years ago, but the story of how it rose, as told in Frederick Kempe’s book “Berlin 1961,” compels an unflattering assessment of John Kennedy. His serial blunders that year made it the most incompetent first year of any presidency. . . .

On May 25, six weeks after Yuri Gagarin became the first man to orbit Earth, Kennedy said that “extraordinary times” demanded a second State of the Union address. In it he proclaimed “the whole southern half of the globe” a “great battleground,” especially emphasizing a place on few Americans’ minds: Vietnam. Then he flew to Vienna to meet [Soviet Premier Nikita] Khrushchev — “Little Boy Blue meets Al Capone,” a U.S. diplomat said.

Khrushchev treated Kennedy with brutal disdain. In excruciating pain from his ailing back and pumped full of perhaps disorienting drugs by his disreputable doctor (who would lose his medical license in 1975), Kennedy said that it was the “worst thing in my life. He savaged me.” British Prime Minister Harold Macmillan said, “For the first time in his life, Kennedy met a man who was impervious to his charm.” Kempe writes, “From that point forward Khrushchev would act more aggressively in the conviction that there would be little price to pay.” Kempe says that when Robert Kennedy met with his brother back in Washington, “Tears were running down the president’s cheeks.”

As Khrushchev turned up the temperature on Berlin, Kennedy studied the modalities of conducting a nuclear war. On July 25, he gave a nationally televised address, referring 17 times to the U.S. commitment to West Berlin, although the entire city was under four-power (U.S., Soviet, British, French) rule.  (photo: Desura)