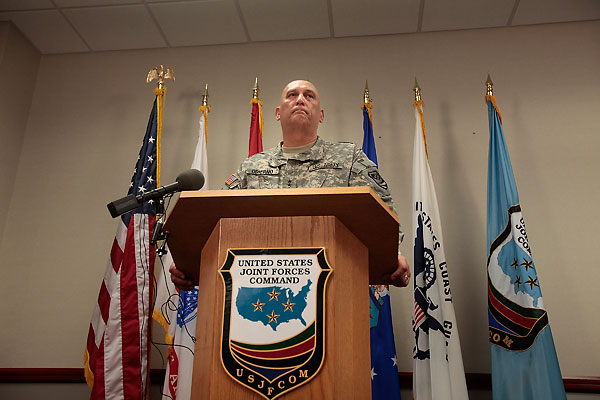 From Robert McGabe, the Virginia Pilot:  Over the next year, one of Hampton Roads’ top military posts will shrink from a four-star command with a billion-dollar budget into an organization roughly half its current size, headed by a two-star general officer based at the Joint Warfighting Center in Suffolk.

Joint Forces Command, currently based in Norfolk, will be disestablished by the end of August and all related personnel moves will be complete by March 2012, Army Gen. Ray Odierno, its commander, said on Wednesday. He provided the most specific details yet of the command’s closure, which was first announced in August by Defense Secretary Robert Gates.

"The changes are significant," Odierno said. "We will retain the most critical functions and expertise for the joint warfighter in an organization flattened for agility and efficiency. But I do want to stress that this will be a different organization."

Those numbers include military personnel, civilian employees and private defense contractors, he said.

"The bulk of the reductions will be with contractors," Odierno said. Across the command, their number is expected to drop to about 500 from 2,500.  (photo: Hyunsoo Leo Kim/Virginia Pilot)  (via Morning Defense)