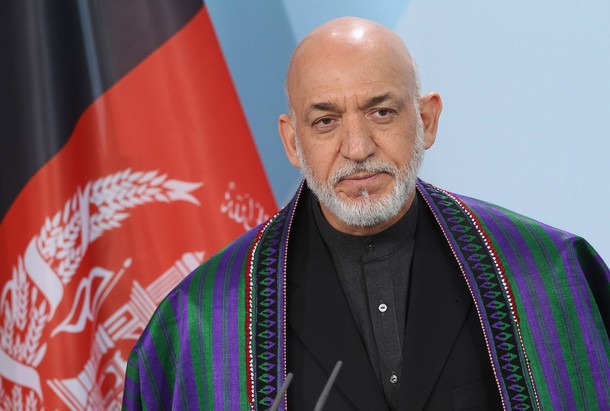 From Amir Shah and Heidi Vogt, the AP:  The Afghan president said Thursday that 18 people killed in a NATO airstrike in eastern Afghanistan on Wednesday were all civilians.

NATO has so far said it has no records of civilian deaths from the pre-dawn strike on a house in Logar province. The NATO and Afghan troops were going after a local Taliban leader when the international coalition says they came under fire and called in an airstrike Wednesday.

"This is unacceptable. It cannot be tolerated," President Hamid Karzai said in a statement condemning the strike in Logar. He criticized NATO for not being able to provide an explanation for the vans piled with bodies of women and children that villagers displayed to reporters. Karzai’s office said the president had spoken to a man who was related to some of the victims and had promised a thorough investigation and that those responsible would face justice.

NATO confirmed only militant deaths from Wednesday’s strike but sent an assessment team to investigate allegations that civilians were killed either alongside or instead of insurgents.

"The reason this team has been dispatched down there is because there is such a discrepancy between what our operational reporting indicates and what Afghan officials on the ground are saying happened," said Maj. Martyn Crighton, a spokesman for the NATO force in Afghanistan.

Villagers displayed 18 bodies at the provincial capital on Wednesday, including five women, seven children and six men. Afghan officials said then that some or all of the dead men were militants. Since no government officials have visited the site of the attack, it was not clear if there might also be additional dead. . . .

Karzai said in the statement that he was cutting short his trip to China because of the attacks in Logar and Kandahar. He was expected back in Kabul on Friday, said Syamak Herawi, a spokesman for the president.  (photo: Getty)