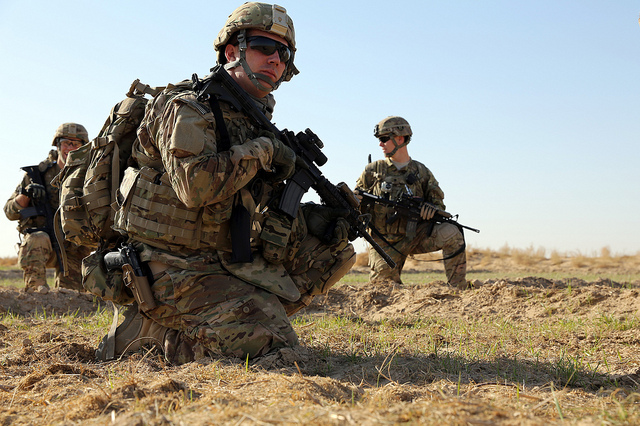 Afghan President Hamid Karzai marked the 12th anniversary of the US-led NATO invasion of Afghanistan that dislodged the Taliban from power and ended up installing him as leader by saying that Afghan women have nothing to fear from a return of Taliban influence and that nothing has been really gained thanks to the foreign military effort in the country. . . .

Below is a transcript of the BBC interview I took down while listening (which can be watched here.) The interviewer’s questions are approximations; Karzai’s answers are his precise words. . . .

Q: Are you talking to the Taliban, personally?
A: Yes we are. Yes, we are. We have our whole system engaged in several directions to bring stability and peace to Afghanistan

Q: Is the goal to bring them into a power-sharing deal in government?
A: Absolutely. They’re Afghans, where the afghan president, where the afghan government can appoint the Taliban to a government job, they’re welcome we will do that. But where it’s the afghan people appointing people through elections to state organs then the Taliban should come and participate in elections. So to clarify this, yes as Afghans they are welcome to the Afghan government, like all other Afghans. Yes, as Afghans they are welcome to participate in elections as all other afghans.

Q: US/UK audiences might ask what was all this for then? 12 years fighting, lives lost, and the Taliban can just walk back in and be part of government.

A: Well the Americans have told us themselves in Washington in my last visit that the Taliban are not their enemies. That they will not fight the Taliban anymore. . . .

Q: Gains for women are tenuous. By bringing the Taliban back aren’t you compromising those gains?

A: The return of the Taliban will not undermine the progress. This country needs to have peace.

Q:  So women in Afghanistan should not fear the return of the Taliban?

Q: Can you assess for me the criticism and failings that were experienced in Helmand (a major combat focus for British troops in past years).

A: It’s not only Britain. On security front, entire NATO exercise was one that caused Afghanistan a lot of suffering and a lot of loss of life and no gains because the country is not secure. I am not happy to say there is partial security because that is not what we’re seeking. What we wanted was absolute security and a clear cut war against terrorism.