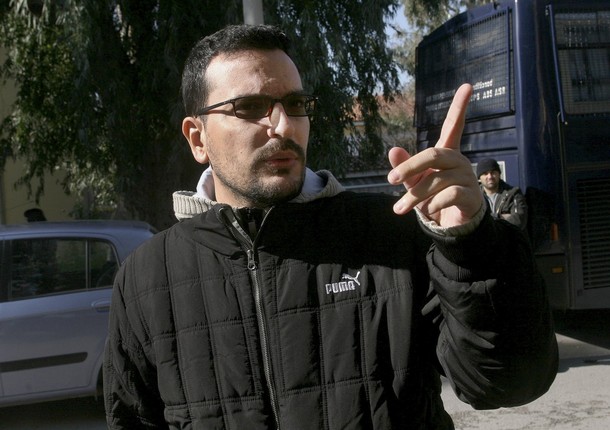 From Niki Kitsantonis, the New York Times:  When Sokratis Giolias, a little-known journalist and blogger, was killed outside his home here in a gangland-style shooting, speculation focused on a reprisal by shady underworld figures.

But within hours, counterterrorism officers joined homicide detectives in the inquiry after tests on the cartridge cases of the 16 bullets fired at Mr. Giolias, 37, were linked to weapons used in attacks by Greece’s deadliest active guerrilla group, the Sect of Revolutionaries.

That finding has raised fears here of a resurgence of domestic terrorism, a scourge that had haunted Greece since the early 1970s and that has been revived gradually over the past year and a half with the emergence of several new militant organizations.

An official at the Greek police headquarters, which itself became a target last month when a letter bomb killed the 52-year-old assistant to the public order minister, confirmed on Tuesday that the force was treating the murder of Mr. Giolias as a terrorist act.

The official, who was not authorized to speak publicly, would give no details about the investigation. He stated simply that the 16 cartridge casings found at the scene of the shooting had been fired from two 9-millimeter pistols used in previous attacks in Athens for which the Sect of Revolutionaries claimed responsibility: the murder of a police officer in June 2009 and two attacks in February of that year, one on a police station and another on a private television channel, Alter. …

The Troktiko blog had published disparaging comments about Revolutionary Struggle, an established terrorist organization, after six suspected members of the group were arrested in April. Revolutionary Struggle is best known for firing a rocket-propelled grenade at the United States Embassy in Athens in January 2007. Scathing comments about the Sect of Revolutionaries, uploaded onto the blog last year but quickly removed, have also been attributed, on anarchist Web sites, to Mr. Giolias.  (photo: Reuters)

(7/28/10 Update) From the New York Times:  Greece’s deadliest active guerrilla group, Sect of Revolutionaries, claimed responsibility on Tuesday for last week’s fatal shooting of a reporter in Athens, according to Ta Nea, a left-leaning Greek newspaper. The paper’s Web site said it received a compact disc with a seven-page statement from the group claiming responsibility for the execution-style shooting of the reporter, Sokratis Giolias, 37, outside his home.